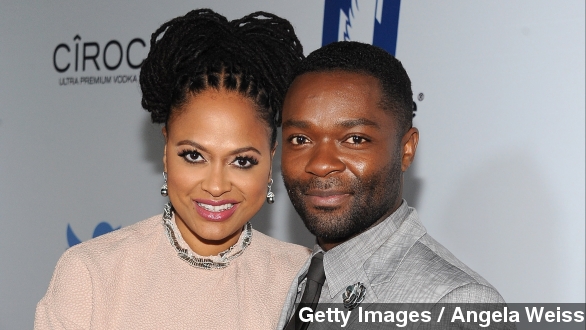 SMS
'Selma' Director, Star To Reunite For Hurricane Katrina Film
By Ben Lawson
By Ben Lawson
January 26, 2015
Ava DuVernary and David Oyelowo aren't wasting any time after completing "Selma" and have announced they're teaming up for another project.
SHOW TRANSCRIPT

Director Ava DuVernay and "Selma"'s David Oyelowo aren't letting their awards snubs slow them down. The two are already working on their next project.

That project: a story of love and murder set against the backdrop of Hurricane Katrina. DuVernay will write and direct, and Oyelowo is in talks to star and produce. (Video via BlackTree TV)

The pair's last film, following Martin Luther King, Jr.'s fight for voting rights, proved adept at giving historical moments a strong, contemporary relevance. And that will be helpful for a major motion picture about Katrina.

In a statement, Jonathan King, one of the film's producers, said: "Hurricane Katrina is one of the most important social and environmental stories of our time. Ava DuVernay has shown herself to be highly skilled at bringing intimacy and contemporary urgency to epic events."

This will be the pair's third project together. Their first was 2012 Sundance favorite "Middle of Nowhere."