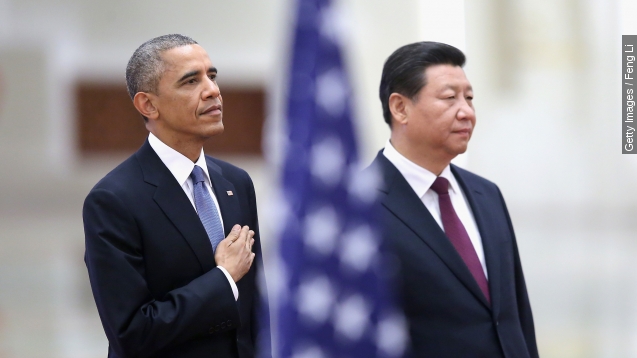 SMS
Security Firm Accuses China Of Hacking US Companies
By Kate Grumke
By Kate Grumke
October 19, 2015
A cybersecurity firm is accusing China of flouting a cyberwarfare agreement with the U.S.
SHOW TRANSCRIPT

China may have tried to hack U.S. companies just weeks after Chinese President Xi Jinping made an agreement with President Barack Obama not to conduct that kind of cyberwarfare. The accusations come from U.S. cybersecurity firm CrowdStrike. (Video via The White House)

In a blog post, the firm wrote that over the last three weeks it had "detected and prevented a number of intrusions into our customers' systems from actors we have affiliated with the Chinese government."

The company said some of the hacks were on technological and pharmaceutical companies and were likely an attempt to steal trade secrets and intellectual property. (Video via The White House)

A senior Obama administration official didn't comment directly on the accusations, but told The Wall Street Journal, "We have and will continue to directly raise our concerns regarding cybersecurity with the Chinese."

In September, Obama and Xi agreed that neither country would conduct or support cyberwarfare that included theft of trade secrets, intellectual property or confidential business information. CrowdStrike says the first hack was just one day after the agreement was inked. (Video via The White House)