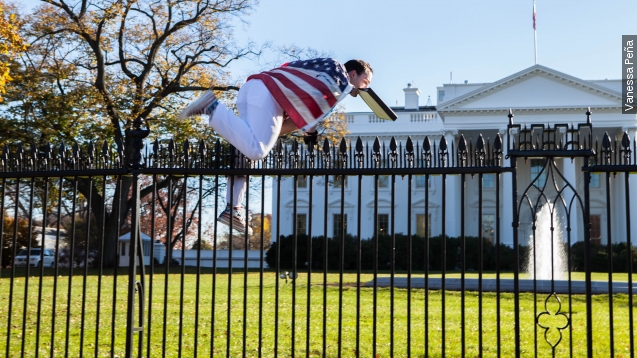 The White House was put on lockdown after a man wearing an American flag cleared the fence — the new fence with sharper points on the fence posts — right in front of the North Lawn on Thursday afternoon.

The Secret Service has reportedly identified the man as Joseph Caputo, according to local media.

Photographer Vanessa Peña captured these photos of Caputo with a notebook clenched in his teeth and wearing white after Labor Day. He was later taken into custody.

On a larger scale, the photos also show that despite increased security measures, the Secret Service is still having a hard time keeping folks off the White House lawn.

The first family was inside the White House at the time of the incident.