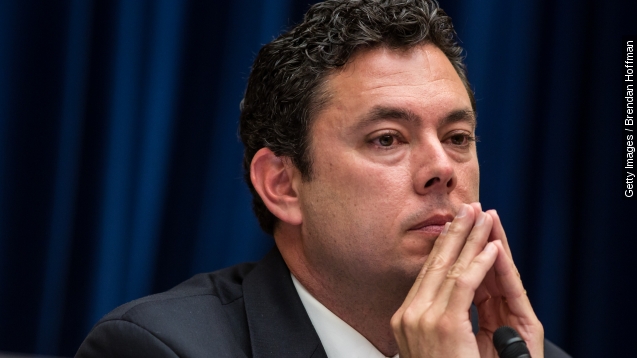 Several high-ranking secret service officials are in the hot seat after a report revealed many in the organization illegally accessed a file on Utah Congressman Jason Chaffetz.

The Department of Homeland Security discovered Secret Service assistant director Edward Lowery circulated an email with a file showing Chaffetz applied to join the Secret Service in 2003, but was turned down. (Video via C-SPAN)

In the March 31 email, Lowery told another director, “Some information that he might find embarrassing needs to get out.” Two days later, that report went public.

The leak certainly seems like an attempt to get back at Chaffetz, who’s chairman of the House Oversight and Government Reform Committee.

He grilled Secret Service director Joe Clancy following a March incident in which two agents who had been drinking crashed their car into a White House barricade and almost ran over a suspicious package. (Video via U.S. House Oversight and Government Reform Committee)

"You’re the director of the Secret Service. It’s almost three weeks after the incident, and you don’t know why it takes eleven minutes to pick up the phone and say, ‘Hey, Metro Police Department, we got a problem down here, and we need your help.'" (Video via ABC)

Before the investigation, 45 agency employees accessed the file and shared it with nearly every level of the service, including employees in field offices as far away as Sacramento, Charlotte and Dallas.

Upon learning of the breach, Chaffetz lashed out at Secret Service employees who accessed his file.

He told The Washington Post, "Certain lines should never be crossed. The unauthorized access and distribution of my personal information crossed that line. ... The work of the committee, however, will continue. I remain undeterred in conducting proper and rigorous oversight."

Director Clancy apologized for the misconduct and said in a statement. "The Secret Service takes employee misconduct very seriously... any employee, regardless of rank or seniority, who has committed misconduct will be held accountable."

But that discipline won’t include Clancy. The DHS report said it was “especially ironic and troubling” that Clancy was apparently unaware of any wrongdoing in the Secret Service, even though his chief of staff and deputy director knew of the leak but failed to alert him.