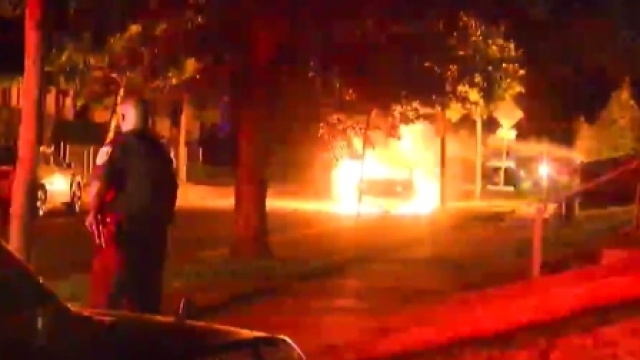 "Please bring peace into this city right now, God," a man said into a megaphone.

A second night of protests in Milwaukee resulted in even more violence following the police shooting of a black man Saturday afternoon. Sunday night, a man was shot and seriously injured during a demonstration in Milwaukee's Sherman Park neighborhood. At least one police officer was injured after demonstrators broke a squad car windshield.

Newsy's partners at WTMJ report a car was set on fire early Monday morning. The demonstrations wrapped up a short time later after police made several arrests.

The violent demonstrations started just hours after a police officer shot and killed the man during a police chase Saturday afternoon. Police say the man was armed.

"Our intention is that they're not coming immediately over to be on the ground or on the streets, but they would be available at this site if a request was made, " Walker told reporters.

No such request had been made by Milwaukee police as of Sunday night.