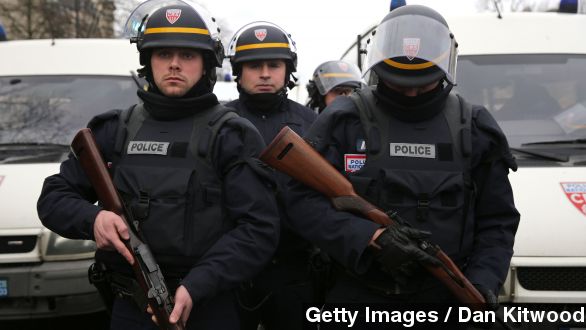 SMS
Second Hostage Situation In Paris Unfolding At Kosher Store
By Jake Godin
By Jake Godin
January 9, 2015
A second hostage situation has started unfolding at the same time that the suspected Charlie Hebdo shooters were surrounded by police north of Paris.
SHOW TRANSCRIPT

A second hostage situation is unfolding in east Paris at the same time French police are surrounding the two chief suspects in Wednesday’s Charlie Hebdo shooting.

This second hostage situation is taking place at a kosher supermarket at Porte de Vincennes. A Telegraph correspondent on the ground reported police saying there were five hostages, including children inside the supermarket.

Sky News reports the hostage taker is suspected of being the same man who killed a policewoman at Montrouge in southern Paris on Thursday.

Police had previously said there was a “connection” between the officer killed Thursday and Wednesday’s attack on Charlie Hebdo, though they didn’t elaborate.

Again, the Charlie Hebdo suspects — brothers Cherif and Said Kouachi — were also in a separate standoff with police Friday outside Paris. (Video via i>TELE)

Dozens of police have surrounded the market and the suspect.