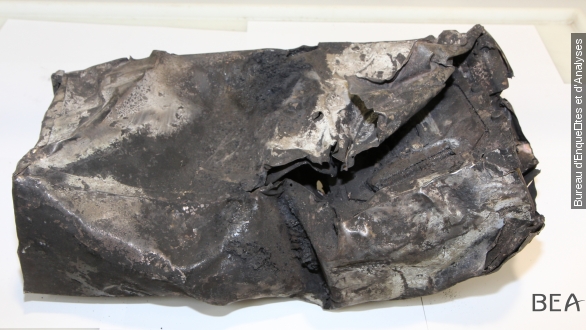 SMS
Second Germanwings Black Box Points To Deliberate Crash
By Jake Godin
By Jake Godin
April 3, 2015
Initial findings from the second black box aboard Germanwings Flight 9525 is adding to evidence that the plane may have been crashed deliberately.
SHOW TRANSCRIPT

The French BEA crash investigation agency said in a statement Friday that a first reading of the data recorder shows whoever was piloting the plane at the time of the crash first put it on an automatic descent to 100ft. Then, as the plane descended, programmed the autopilot to increase speed several times. (Video via Lufthansa)

Every airplane has two black boxes — one which keeps a record of sounds inside the cockpit and one which records numerous parameters of a plane’s flight history including speed, control use and engine information.

While the BEA didn’t specify who was in the cockpit at the time, audio from the first black box found last week suggested the co-pilot, Andreas Lubitz, locked the captain out of the cockpit before the plane crashed.

Investigators still don't know the exact reason why Lubitz would deliberately crash Flight 9525, but German prosecutors are pointing to evidence that suggests the 27-year-old suffered from depression. (Video via Phoenix)

The most recent evidence of that depression came Thursday, when prosecutors revealed they found searches on how to commit suicide on a tablet retrieved from Lubitz’s apartment in Düsseldorf, Germany.

Investigations into Lubitz have put pressure on German flight carrier Lufthansa,  the parent company of Germanwings, and how much it knew about his apparent depression. (Video via Lufthansa)

All 150 passengers on board Flight 9525 were killed when the plane crashed on March 24. Since then, French investigators have slowly been recovering DNA from remains at the crash site to identify victims. (Video via French Interior Ministry)

This video includes images from Getty Images and the Bureau d'Enquêtes et d'Analyses.