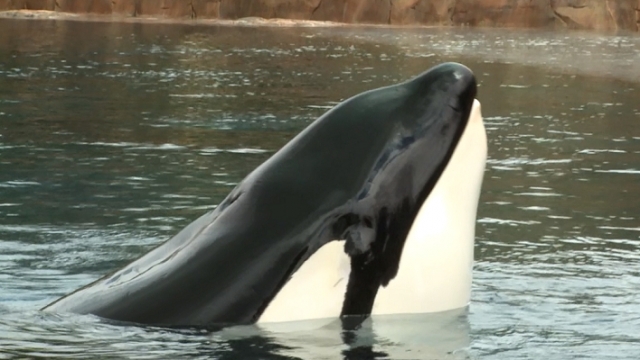 Tilikum, the orca at the center of the documentary "Blackfish," is dying from an incurable disease.

SeaWorld announced Tuesday the killer whale is becoming "increasingly lethargic" while battling a bacterial infection in his lungs. But the park says "he has received the best in marine mammal health care and life enrichment available."

Tilikum has been at SeaWorld for the past 23 years, and news of his illness has, not surprisingly, re-sparked controversy about animals in captivity.

People for the Ethical Treatment of Animals, better known as PETA, has long condemned the capturing of wildlife for show and SeaWorld. The organization sent out about a dozen tweets condemning the whale's health problems.

Some of those tweets centered around points brought up by "Blackfish," including the fact Tilikum killed several people while in captivity.

Technically, Tilikum wasn't captured by SeaWorld or born in captivity. And the organization says he's about 35 years old, which is "near the high end of the average life expectancy for male killer whales."

This video includes clips from SeaWorld and Magnolia Pictures / "Blackfish."