In A First For Uber And Lyft Drivers, They Can Now Unionize In Seattle 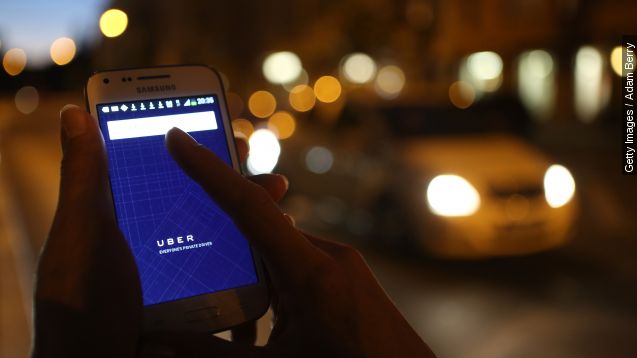 SMS
In A First For Uber And Lyft Drivers, They Can Now Unionize In Seattle
By Katie Link
By Katie Link
December 13, 2015
The Seattle City Council voted to allow drivers for companies like Uber and Lyft to unionize. This would allow them to negotiate for better wages.
SHOW TRANSCRIPT

On Monday the Seattle City Council voted to allow on-demand drivers who work for companies like Lyft and Uber to unionize to negotiate for better wages and working conditions. The decision was months in the making. (Video via Uber)

The ordinance requires the app companies give the city a list of its Seattle drivers. That way the organization that represents the drivers can contact them. If the app company doesn't negotiate with the chosen organization, it could be fined or potentially lose its license to operate.

There are multiple lawsuits filed in cities, including Seattle, against Uber for categorizing drivers as independent contractors instead of employees.

"We invested tens of thousands of dollars in this business. We're not just drivers. According to Uber, we're partners. But they treat us a little better than slaves," former Uber driver Yedidya Seifu told KING 5.

As app-based on-demand services grow in popularity, and the definition of "employee" versus "contractor" blurs, many have recognized a need to redefine labor laws.

A former chairwoman of the National Labor Relations Board told The Seattle Times, "We haven't significantly changed our labor laws since 1947 and there's no national consensus on how to change them, so workers and their advocates are turning to local governments to innovate. People are experimenting and Seattle is a leader." (Video via Lyft)

No surprise, executives at companies like Uber and Lyft are wishing those experiments would stop. Uber, now valued at around $62.5 billion, could take a major hit if its drivers team up together and push for bigger paychecks. (Video via Uber)

This decision probably came as a surprise to Uber. According to The New York Times, earlier this year Uber's policy executive said the proposed law was "generally believed to be flatly illegal."