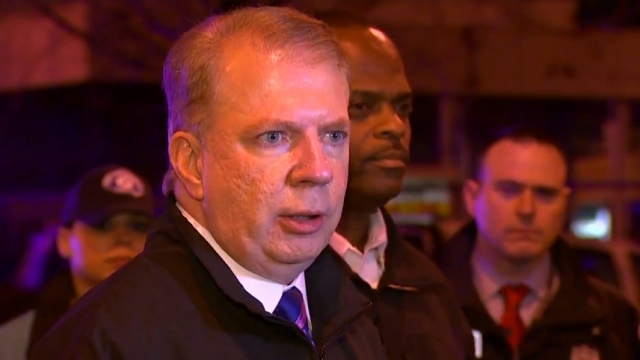 SMS
Seattle Homeless Area Shooting On Day Of Mayor's Homelessness Speech
By Samantha Crook
By Samantha Crook
January 27, 2016
A fatal shooting at a well-known homeless encampment in Seattle happened the same night the mayor was scheduled to give a speech on homelessness.
SHOW TRANSCRIPT

Seattle's mayor responded to a fatal shooting at a homeless encampment, which happened the same night he was scheduled to give a live broadcast on homelessness in the city. (Video via City of Seattle)

Two people died in the shooting, and three more were critically wounded in a homeless area referred to as "the jungle."

"We are involved in a homeless crisis, the like we have not seen since the Great Depression. ... This is a tragedy. It involves homeless people and the causes of homelessness are complex," Mayor Ed Murray said.

At the end of 2015, Mayor Ed Murray declared a civil state of emergency on homelessness — usually reserved for things like natural disasters — and issued $5 million to fund more services for homeless people.

In his declaration, the mayor cited an increase in the number of people sleeping on the street — more than 3,000 based on one recent head count — and an average of one homeless child in every Seattle public school classroom.

The declaration was part of a trend of city officials allocating emergency resources for homeless people last year. Los Angeles, Portland and the state of Hawaii all declared states of emergency on homelessness. (Video via Hawaii News Now)

As part of Seattle's initiative, the city built controversial tent-cities with rules against substance use and social services on site. The encampment where the shooting took place was not a city-sanctioned encampment.

This video includes music from Chris Zabriske / CC BY 4.0.