Searching For Trump/Clinton Alternatives? Google Says You're Not Alone 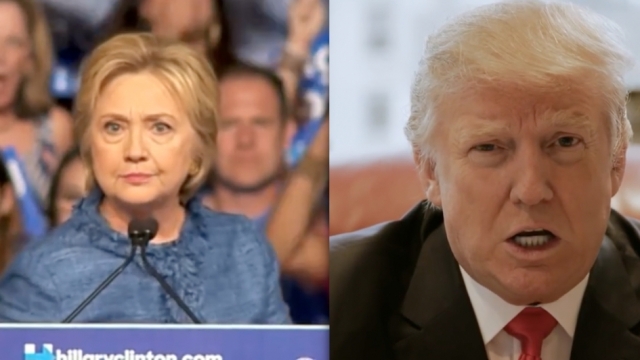 SMS
Searching For Trump/Clinton Alternatives? Google Says You're Not Alone
By Grant Suneson
By Grant Suneson
July 21, 2016
Google says searches for "3rd party candidate 2016" have risen by more than 1,100 percent, showing many Americans are dissatisfied with their choices.
SHOW TRANSCRIPT

If the back and forth between Hillary Clinton and Donald Trump is bumming you out more than it's inspiring you to get out and vote, you're not alone.

Google revealed that searches for the phrase "3rd party candidate 2016" have shot up by more than 1,000 percent during the Republican National Convention.

That's no surprise when you consider how much Americans can't stand the two leading candidates. Trump and Clinton are the two least popular major party nominees in recent memory.

Clinton has been constantly dogged by scandals that many say makes her untrustworthy. And Trump has drawn flak for divisive rhetoric surrounding religious and ethnic minorities.

FiveThirtyEight crunched the numbers, and polls found that Clinton's net strong favorability rating is negative 20 percent, which means 20 percent more people think of her very unfavorably than favorably. Trump's rating is below negative 40 percent. For some context, Mitt Romney was the previous low with less than negative 10.

Of the third party options, Johnson has proven to be the most popular. A new poll showed him getting 13 percent of voters. He's just shy of the 15 percent needed to get on a debate stage with Trump and Clinton.

Having a president that isn't a Republican or Democrat is still highly unlikely. But the first presidential debate is two months away, and in 2016 you can't rule anything out.

This video includes clips from Donald J. Trump for President Inc. and Hillary for America and images from Getty Images and Google.