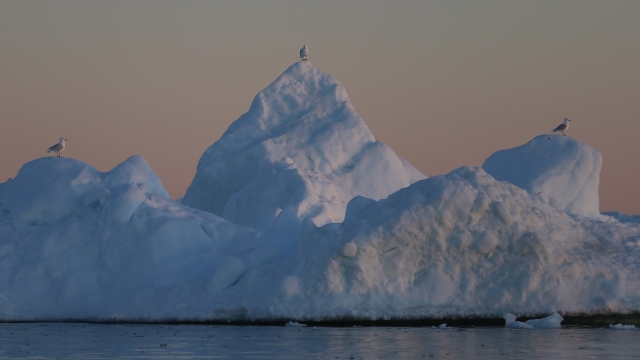 A team of atmospheric scientists noted a high concentration of ammonia in the air surrounding the Canadian Arctic during the summertime. Around that same time of year, millions of birds flock to the area to breed.

So the researchers decided to mimic the chemicals in bird guano and found ammonia from seabird poop can keep temperatures cooler in the Arctic.

SEE MORE: Terns In Alaska Show The Effects Of Climate Change At Work

The magic happens when certain species of birds relieve themselves and their feces interact with sulfuric acid from seawater.

The chemicals combine with water vapor and go into clouds that can shield Arctic ice from the sun and reflect the heat back into space.

Unfortunately, the find isn't going to do much to combat the worldwide effects of climate change — but it might keep temps up north just slightly cooler.