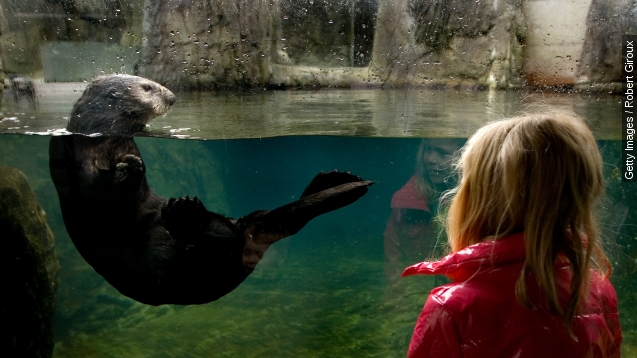 The end of September marks Sea Otter Awareness Week, and there's more to be aware of than the fact that they're adorable.

The little guys actually have a rough history; the fur trade almost drove the species to extinction in the early 1900s. Sea otter populations have somewhat recovered since then, but they still face biodiversity issues.

Take Mishka. She lives at the Seattle Aquarium, and she just learned how to use an inhaler. (Video via KING)

Smoke from eastern Washington wildfires that came through the area in August might have triggered her symptoms. (Video via NBC)

And a lack of genetic diversity in the species might be affecting their immune health. (Video via Seattle Aquarium)

"More and more, there starts to be this concept of what we're calling 'one health,' which is really that there's a connection between the health of people and the health of other species and that sometimes those species can be telling us that there's a problem in the environment," Dr. Peter Rabinowitz, a professor at the University of Washington, told KING 5 News.

According to the Defenders of Wildlife, sea otter populations still face human factors that challenge the species — like oil spills, man-made pollutants and getting caught in fishing nets.