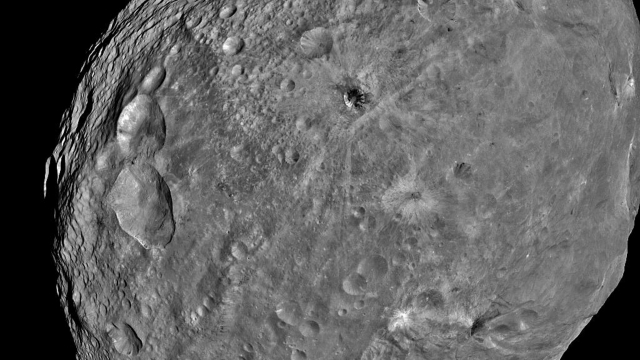 SMS
NASA's Asteroid Detection System Proved Its Worth
By Ryan Biek
By Ryan Biek
November 1, 2016
The Scout program was able to warn NASA of a potentially dangerous asteroid before it flew near Earth.
SHOW TRANSCRIPT

The thought of an asteroid hitting Earth is terrifying. Thankfully, NASA has a program to help spot potential disasters in advance.

That computer program, called Scout, proved its worth at the end of October by warning researchers of a near-Earth asteroid five days before it flew by the planet.

Five days might not seem like all that much, but previous NASA warnings were just a day in advance –– sometimes just hours in advance.

Plus, the more advance notice NASA has, the more work it can do with other agencies, like FEMA, to prepare for the worst.

Besides giving an arrival time, the Scout program can estimate how far away asteroids will be when they zoom by Earth.

That information helps NASA know whether to freak out or not. This recent flyby wasn't cause for concern because the asteroid passed Earth with a very comfortable 310,000-mile buffer.

NASA has been spotting dangerous asteroids since 2002 with a different program, but finding smaller asteroids has been a harder problem that Scout was designed to solve.

Because they're brighter, the larger an asteroid is, the easier it is to find.

The asteroids Scout is used for aren't big enough to wipe out an entire city (but don't worry; a different NASA program spots those). Small asteroids can pack quite the punch, though.

Scout's still being tested, but it's supposed to become fully operational by the end of the year.

In the meantime, NASA has over 1,700 potentially hazardous asteroids to keep an eye on.