SCOTUS To Hear Case On Confederate Flags On License Plates 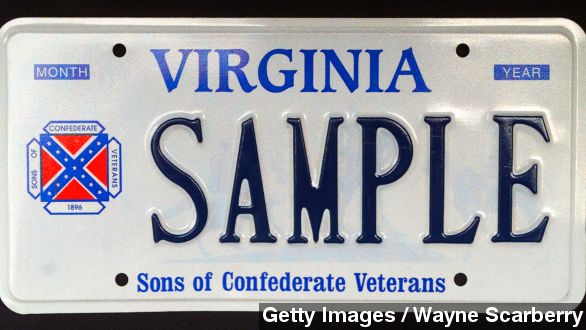 SMS
SCOTUS To Hear Case On Confederate Flags On License Plates
By Jay Strubberg
By Jay Strubberg
March 22, 2015
A battle over first amendment rights concerning the placement of the Confederate flag on Texas license plates has reached the U.S. Supreme Court.
SHOW TRANSCRIPT

A battle over first amendment rights concerning the placement of the Confederate battle flag on Texas license plates has reached the U.S. Supreme Court.

"The confederate battle flag that is on the plates is a symbol of sacrifice, honor, courage and southern heritage," Sons of Confederate Veterans member Marshall Davis told KXAN.

Monday, the high court will hear arguments in Walker v. Sons of Confederate Veterans. The case stems from a lawsuit filed back in 2009.

The SCV argues Texans have the right to put the Confederate symbol on government-issued license plates, and infringing on that right violates their freedom of speech.

"The license plate issue is a first amendment issue. It's free speech. ... None of these plates are pleasing to everyone. A lot of people are going to be offended by the plate, regardless what is says," Sons of Confederate Veterans member Frank Johnson told The Dallas Morning News.

Opponents of allowing the battle flag on plates claim the symbol carries a racially-charged overtone and shouldn't be allowed because it's not technically private property.

According to The Washington Post, the Texas DMV gets all kinds of special requests to customize plates, but they "rejected this one after receiving tens of thousands of comments about the design, most of them negative."

The Post says the SCV, which is based in Richmond, Virginia, has been working through the legal system in both that state and Maryland where those customized designs are only issued under "court order."

The U.S. Supreme Court is expected to weigh in on the issue by June.