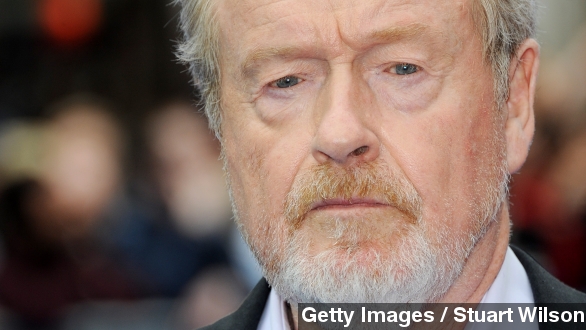 By Ben Lawson
November 3, 2014
Ridley Scott is working on a miniseries sequel to "2001: A Space Odyssey" for Syfy, but some fans are worried he'll fall short of the original.
SHOW TRANSCRIPT

Big news for sci-fi fans: acclaimed director Ridley Scott is developing a miniseries that will act as a sequel to "2001: A Space Odyssey."

The series, which will run on the Syfy channel, will be an adaptation of "3001: The Final Odyssey," the last book in Arthur C. Clarke's series.

The Verge quotes a statement from Scott, "I have always been a fan of Clarke’s extraordinary Odyssey series, and certainly Kubrick’s adaptation of 2001. I am thrilled to be part of bringing that legacy to audiences and continuing the great cinematic tradition that this story and its creators deserve."

The series will take place 1,000 years after Stanley Kubrick's 1968 version of "2001: A Space Odyssey" and will center around Frank Poole, the main character in "2001," who is discovered frozen in space and is then thawed.

Kubrick's film is widely considered the most influential sci-fi movie of all time, so Scott has some big shoes to fill. But even though the Clarke and Kubrick estates both fully support this adaptation, some fans are worried Scott might not be able to pull it off.

Another choice that's causing concern: Stuart Beattie is on board to write the script. His past credits include several of the "Pirates of the Caribbean" films and the more recent "I, Frankenstein," none of which were well received critical acclaim.

But other fans are holding out hope for Beattie's involvement, pointing to the complex characters he developed for 2004's "Collateral."

And while the Syfy channel doesn't exactly have a reputation for pleasing the critics, The Hollywood Reporter points out the network is making a greater effort to push into deeper, grittier sci-fi programming such as with the upcoming "12 Monkeys" series.

The channel also has another Clarke adaptation in the works: "Childhood's End," which focuses on a peaceful alien invasion of Earth. It's set for a 2015 release.

No casting information has been released as of yet, so "3001" likely still has a long way to go before fans will see it air.