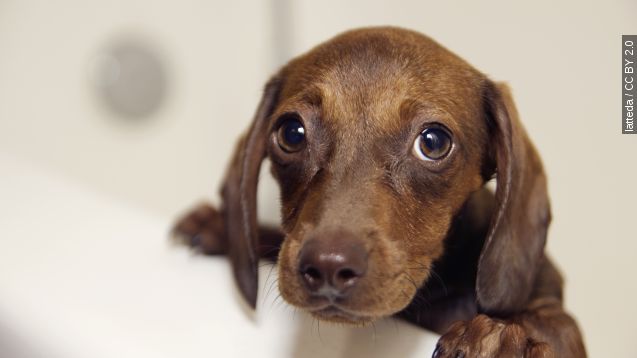 This pooch's expression is most likely making you think it did something wrong, right?

Well, it turns out that dogs aren't capable of feeling guilt or shame after they do something bad.

Instead, what many of us assume is a look of guilt or shame, is really just "a response to being scolded by their owners," according to researchers from the University of Cambridge.

A researcher told The Telegraph: "I had a client who had three dogs and whenever something happened like a shoe was chewed, it was always one of them that had the guilty look. Yet often she was not the dog who had done it. She was just the most timid dog."

According to Stanley Coren, a psychologist who's best known for studying the behaviors of canines, dogs' emotions develop a lot like human emotions. (Video via University of British Columbia)

In an article he wrote for Modern Dog magazine, Coren says just like babies, dogs are born with the ability to feel excited. As both humans and dogs get older, they develop the emotions of distress, fear and joy.

But while canines stop developing their emotions at about six months old, humans continue.

Children don't begin to feel guilt until around age 3, according to psychologist Erik Erikson, who created the theory of psychosocial development in 1959.

So the next time you scold your dog, just know it's just reacting to your voice. No shame here.