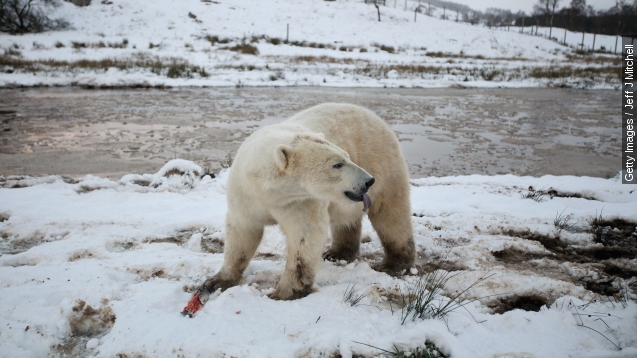 Imagine not being able to leave work because of polar bears.

That's what happened to a group of researchers in northern Russia.

Two meteorologists and an engineer were leaving a remote weather station on the island of Vaygach in the Arctic Sea to do field work when they spotted five polar bears that settled close to the building earlier in the week.

One meteorologist told the World Wide Fund for Nature in Russia, the bears have been aggressive with each other and "recently grappled, fighting near the house."

They tried to spook the bears away with flares, but that didn't work. So, with no other options, the researchers say they are trapped and need help. (Video via BBC)

"Many sea ice dependent animals such as polar bears and walrus are losing habitat."

Scientists say two-thirds of the polar bear population could disappear due to the Arctic's temperature changes. (Video via Polar Bears International)

The WWF reports the Russian government is sending help and equipment for the researchers.