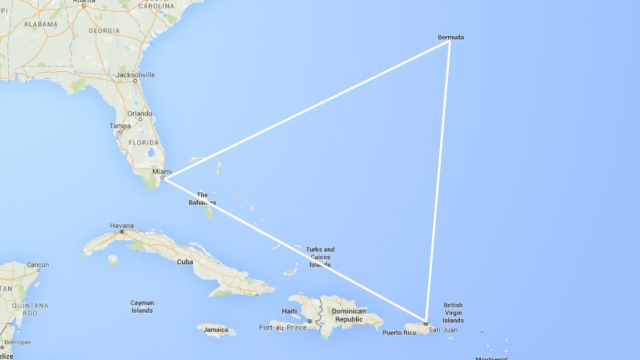 Norwegian scientists are speculating giant sea bubbles are the cause of the Bermuda Triangle — as in the area between Florida, Bermuda and Puerto Rico where ships and planes supposedly vanish.

Researchers told the the Sunday Times they found craters up to 150 feet deep near the coast of Norway. They believe the craters were caused by gas explosions in the ocean's floor, possibly capable of, say, sinking a ship.

Similar theories have been tested before with some success.

And as Atlas Obscura points out, there are plenty more mundane explanations for the Bermuda Triangle's reputation: It's part of a heavily trafficked shipping route and is prone to tropical storms.

This video includes a clip from BBC.