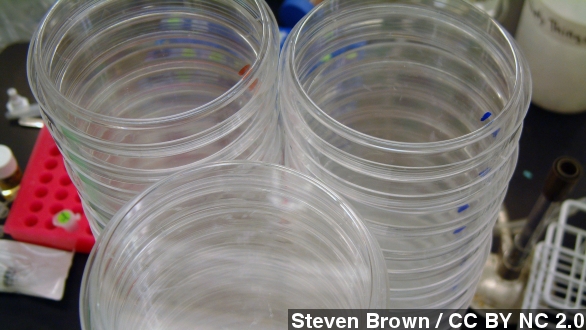 Scientists have taken a big step toward better understanding Alzheimer's disease by replicating it with brain cells in a petri dish.

Scientists at the Massachusetts General Hospital in Boston managed to recreate the effects of Alzheimer's on brain cells by first using gel to foster the growth of networks with brain cells grown from embryonic stem cells, like ones you'd find in the brain. (Video via WebsEdge)

The scientists, led by Dr. Rudy Tanzi, then introduced the genes for Alzheimer's disease and saw as the two characteristic symptoms of the disease — plaques and tangles — developed. (Video via The Chopra Well)

Tanzi is widely recognized as a leading expert in the field of Alzheimer's research, having spearheaded the Cure Alzheimer's Fund's research efforts as well as researching the disease for more than 30 years.

Still, The New York Times reports the crucial idea — of growing the cells in gel — actually came from one of Tanzi's colleagues, Dr. Doo Yeon Kim.

The study, published in the journal Nature, says this way of modeling gives credence to a long-standing theory that one of the driving causes behind the formation of plaques and tangles is the production and accumulation of beta amyloid protein in the brain.

Previous methods of modeling the disease and the role of those amyloids involved studying mice, but that method of study took considerably longer and didn't necessarily yield benefits because of the differences between mice and human brains. (Video via University of Minnesota)

As it stands, Alzheimer's disease affects more than 25 million people around the world, so there is a large effort to better understand the disease and eventually find a cure.

There are a number of drugs that aim to treat Alzheimer's, with varied effectiveness, but there are many more that have yet to be tested, and that's one area where Dr. Tanzi hopes the new research can help. (Video via Consumer Reports)

Tanzi told the Times he plans on using the new method to test some 1,200 drugs that are already on the market and another 5,000 that are still in testing.