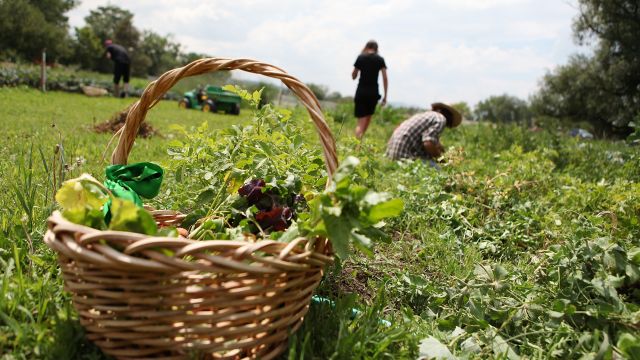 Researchers at the University of Illinois might be one step closer to increasing the world's food supply by modifying plants' genes.

Thanks to funding from the Bill and Melinda Gates Foundation, the researchers were able to use genetic engineering to alter photosynthesis in tobacco plants, increasing their productivity as much as 20 percent.

This is a big deal because past experimentation with genetic modification hasn't gone as well. Plant breeders typically achieve gains of 1 or 2 percent with more traditional approaches.

SEE MORE: The Benefits Of Plants Go Well Beyond Photosynthesis

The scientists started with tobacco because it is especially easy to work with, but their ultimate goal is to transfer the research to food crops.

One of the project's leaders believes it'll eventually be possible to get production increases of 50 percent or more. That kind of production could transform global agriculture.

The work is also partially an effort to secure global food supply against the possible effects of climate change. More stable and efficient food crops would be extremely beneficial if temperatures continue to rise.

The Gates Foundation wants to ensure the technology makes its way to African farmers at a low cost, should it pan out.