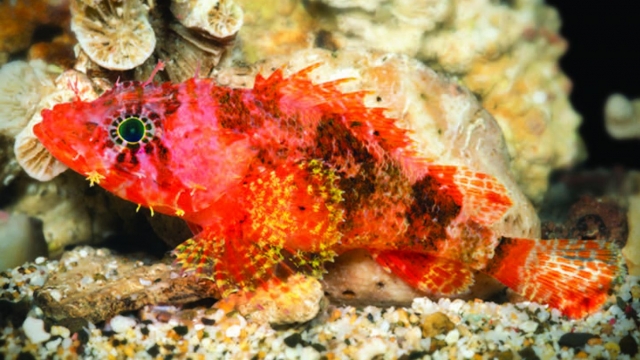 We really don't know much about the ocean.

Like, practically nothing. Experts say we have yet to explore 95 percent of our world's oceans.

Which explains why we keep finding new, bizarre-looking creatures down there.

Even though it looks like an octopus or a squid, it's actually more closely related to the cuttlefish, like the one seen here.

The same expedition also discovered this mysterious purple orb late last month. They're still not quite sure what it is.

Perhaps just as stunning is this new species of scorpionfish found in the deep-reef waters off the island of Curaçao in July.

And, they may not be pretty, but these two new species of bioluminescent deep-sea fish, also known as "barreleyes," are fascinating, too.

The strange discoveries will most likely keep on coming. In 2014, scientists say they identified almost 1,500 new species in the world's oceans, and that number continues to increase.