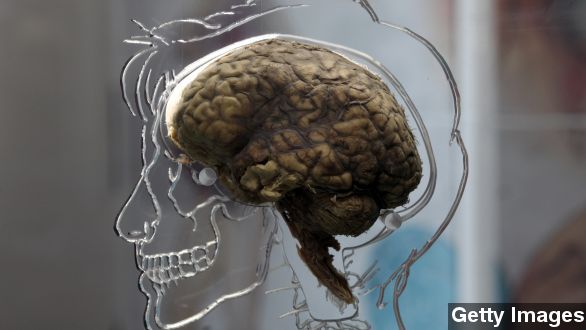 For more than a century, scientists have been trying to figure out exactly what consciousness really is, how it works and where it comes from. And while many questions remain to be answered, it appears some researchers have now discovered what they call an "on/off switch" for human consciousness.

A group of scientists at George Washington University say they were able to switch off a woman's consciousness by electrically stimulating a single area of the brain. (Via Business Insider)

The research was published this week in the Journal of Epilepsy & Behavior and claims the scientists discovered the "switch" on accident while working to pinpoint the cause of the patient's seizures.

New Scientist reports the group was targeting the claustrum, "a thin, sheet-like structure that lies hidden deep inside the brain", with electrodes.

​"Unlike a seizure, where a person's activity immediately stops, the patient seemed to 'slow down,' speaking more quietly and moving more slowly until she was silent and still, unresponsive to voice or visual stimulation."

Once the electrical stimulation was turned off, she regained full consciousness but with no memory of what just happened.

The Huffington Post quotes prominent American neuroscientist Cristof Koch as saying: "​​This study is incredibly intriguing but it is one brick in a large edifice of consciousness that we're trying to build ... Ultimately, if we know how consciousness is created and which parts of the brain are involved then we can understand who has it and who doesn't."

While the presence of this on/off switch has only been recorded in one patient, this discovery has potential to help people with epilepsy or who are in a semiconscious state — which means we'll probably hear more about in the months and years to come.