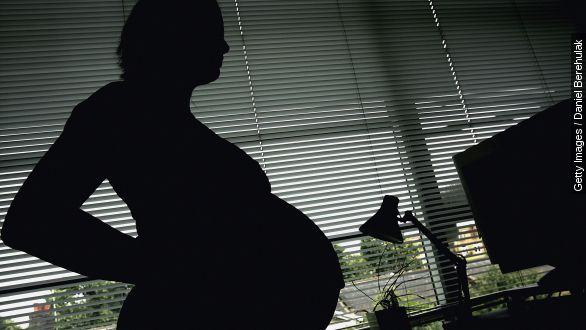 A new study by researchers at Kaiser Permanente has given pregnant mothers something new to worry about: If you develop diabetes during pregnancy, your child might be more likely to have autism.

The study was conducted between 1995 and 2009 and analyzed more than 320,000 children in California. It compared the prevalence of autism in kids with moms who had gestational diabetes with kids who had nondiabetic mothers during that same period.

"Women who develop gestational diabetes before 26 weeks were at a 42 percent increased risk of having a child with autism spectrum disorder," Dr. Tara Narula said on CBS.

"Right, so that's what everybody wants to know," Narula said.

Because even though gestational diabetes had already been linked to childhood obesity and other health problems in children, it was unknown whether it affected the fetuses' brains. Now these scientists think it does, and the big question is: Why?

The study was only an observational one, which means it didn't try to find out why — its only purpose was to find out whether the link existed.

But that's not stopping the scientists from speculating the fetuses' exposure to elevated blood sugar in the mother's blood could be decreasing the oxygen delivered to their developing brain or even changing the genome of the child, both of which could be linked to autism.

"Early in pregnancy, that first and second trimester, is where the fetal brain is developing. That's the period of time where the brain is most susceptible to insults. So having an elevated blood sugar is an insult to that fetus," said Dr. Edward Curry.

The message for mothers? There's no reason to panic. Kaiser Permanente says this should be a wake-up call and just another reason to get your health in check before pregnancy.

And for soon-to-be mothers who are already diabetic, the good news is there was no link found between autism and mothers who had pre-existing Type 2 diabetes. (Video via WTNH)

Still, since the study stopped taking data in 2009, autism rates have only gotten worse. The CDC estimates that 1 in 68 American children born today fall somewhere on the autism spectrum.