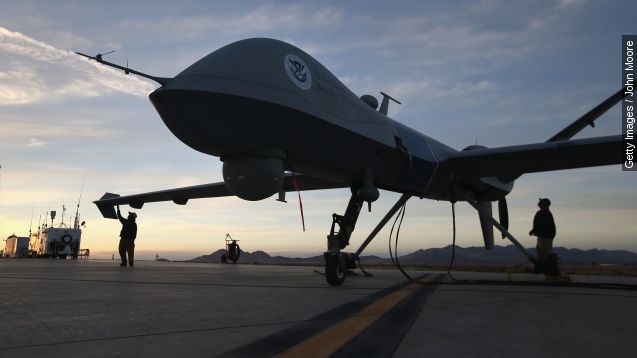 It sounds like the plot of a sci-fi flick, but major players in the tech and science industries are warning world leaders an artificial intelligence arms race could be a problem in the future.

In a letter presented at the International Joint Conference on Artificial Intelligence in Buenos Aires, the group says, "AI technology has reached a point where the deployment of [autonomous weapons] is – practically if not legally – feasible within years, not decades, and the stakes are high: autonomous weapons have been described as the third revolution in warfare, after gunpowder and nuclear arms."

The argument, as The Guardian points out, is going to war would be an easier decision if robots are the ones fighting.

Drone strikes are already a contentious issue in the U.S., but reliable statistics for how many are killed by those strikes overseas every year are tough to come by.

Civilian deaths caused by drones are also an issue, though President Obama's defended their use.

"Actually, drones have not caused a huge number of civilian casualties. For the most part, they've been very precise precision strikes against Al-Qaeda and their affiliates, and we're very careful in terms of how it's been applied," Obama said.

Musk has warned of this kind of AI takeover before, including this August 2014 tweet reading "We need to be super careful with AI. Potentially more dangerous than nukes."

The letter asks the United Nations to ban the use of autonomous weapons.