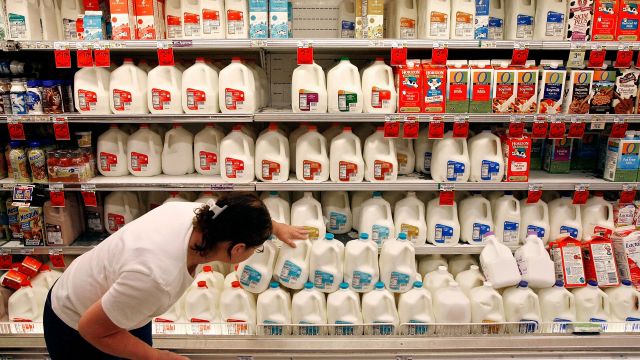 SMS
Science Says You Can Stop Buying Skim Milk Now
By Katie Link
By Katie Link
April 6, 2016
Recent studies show skipping out on whole milk in favor of the "healthier" skim milk alternative may not be doing you any favors.
SHOW TRANSCRIPT

Your regular skinny vanilla latte might not be keeping you as skinny as you’d hope.

In two separate studies, researchers tracked dairy consumption over a period of time. And their results may mean you can scrap everything you've been told about choosing that skim milk instead of whole.

The U.S. government releases updated Dietary Guidelines for Americans every five years or so. In the most recent batch, we were told to choose fat-free or low-fat milk, yogurt and cheese.

Well, a study published in the journal Circulation found people who ate more full-fat dairy were 46 percent less likely to develop diabetes over a 15-year period than those who opted for low-fat dairy.

A second study from the American Journal of Clinical Nutrition found women who consumed the most high-fat dairy products were less likely to become overweight over time.

In general, high-fat foods make you feel fuller faster, causing you to eat less. That could be a factor here.

But as all new studies seemingly go, researchers are recommending more studies.