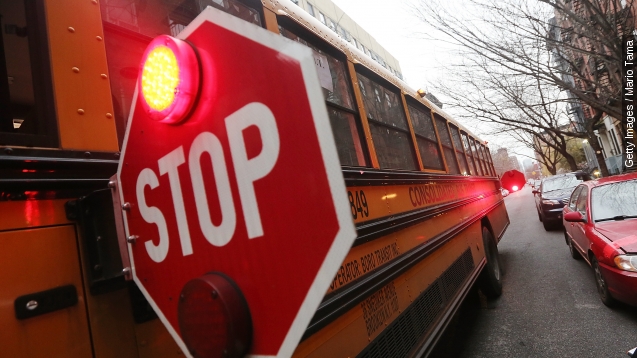 A "specific" threat against two high schools in Nashua, New Hampshire, has led officials to close all of the city's public schools on Monday.

One superintendent said: "We have received a detailed threat of violence to harm students and staff at both high schools. ... We have been working closely with the Nashua Police Department, which is still working ... to determine the credibility of the threat." (Video via WHDH)

WBIN reports the FBI is also involved. The threat was sent via email, similar to the threats against Los Angeles and New York City schools roughly a week ago.

Los Angeles schools shut down because of a threat, but New York's schools remained open after determining the threat it received was not credible. (Video via KABC)

According to WHP-TV, there will be an increased police presence Monday despite classes being canceled. All schools are expected to reopen Tuesday.