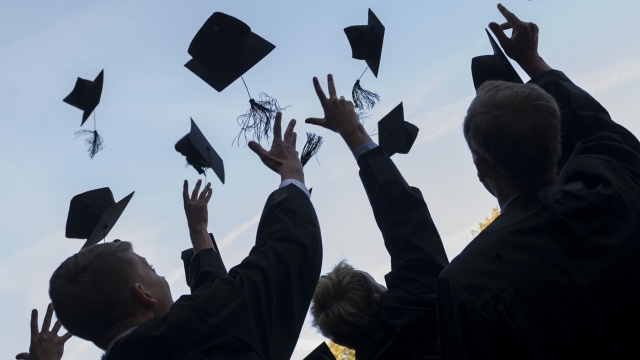 SMS
School Board Ditches 'Unhealthy Competition' Of Valedictorian Titles
By Matt Moreno
By Matt Moreno
May 19, 2016
The school board said removing the valedictorian and salutatorian titles would prevent students from taking certain classes just to boost their GPAs.
SHOW TRANSCRIPT

A graduating class without any valedictorians or salutatorians?

That's a change one North Carolina school district is making after the school board voted to do away with those titles for graduating students.

Part of the reason for the change board officials cited was the "unhealthy competition" the titles created.

"Something that we're experiencing now, even with my little kids, is they're like, 'Mom, how come the kids that run the fastest get their names put up on the board at school? I read the most books last year, and nobody put my name up on the wall,'" WCCB news contributor Ashley Anderson said.

While there was no opposition at the school board meeting, The News & Observer reports some have accused the school of trying to be too "politically correct."

This video includes a clip from Time Warner Cable News and images from Getty Images.