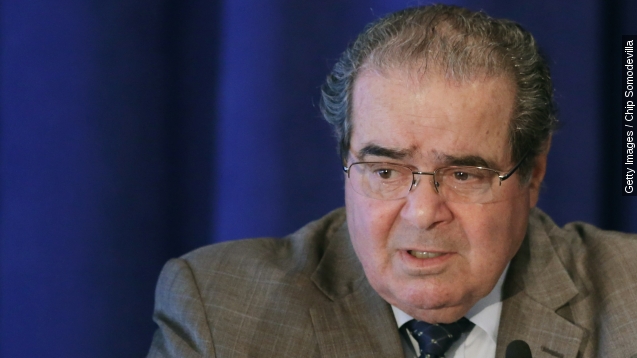 During the argument of a case on affirmative action at the University of Texas at Austin, Supreme Court Justice Antonin Scalia seemingly suggested it would be better for black students to go to less advanced schools.

Scalia noted that notable black scientists "come from lesser schools where they do not feel that they're being pushed ahead in classes that are too fast for them." Scalia is a known critic of affirmative action and argues it pushes black students into universities they're not prepared for. (Video via CNN)

The backlash has proven at least one thing: Affirmative action remains one of our most divisive issues.

The case is Fisher v. University of Texas at Austin. And if it sounds familiar, it should. This is the second time the case has hit the highest court in the land. Abigail Fisher sued UT in 2008 saying she was denied admittance to the school because she was white.

"Whether you're a male or female or white or black, it shouldn't matter. It should come down to your grades and your activities and whether or not you deserve to get in," Abigail Fisher said.

The school does use race as a factor in admitting some students. But the school says it's used in a more holistic review of the student, and that factor only impacts about 25 percent of students; the rest are automatically admitted by state law. (Video via University of Texas at Austin)

This case has shaped up to be tough fight. Justice Kagan has recused herself from the case, causing Justice Kennedy to be that all important swing vote or risk a 4-4 decision. According to The Washington Post, Kennedy has never voted for affirmative action but "also has refused to join conservative colleagues in saying race can never be considered."