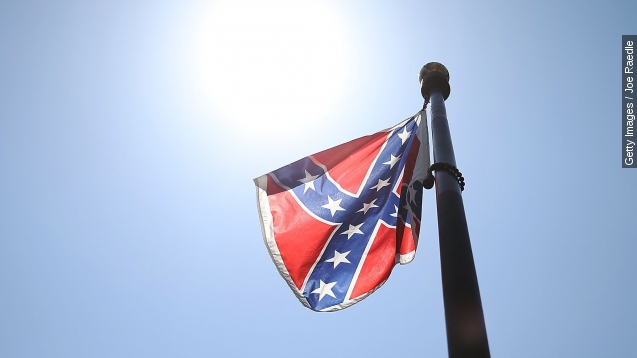 South Carolina Gov. Nikki Haley officially signed into law the bill removing the Confederate battle flag from the grounds of the state capitol.

Earlier in the day, the South Carolina House of Representatives passed the bill with a 94-20 vote. (Video via WIS-TV)

Despite the clear margin of victory, the bill proposing the removal of the flag saw resistance on the house floor.

CNN reports detractors proposed 68 amendments in all, some apparently intended specifically to delay the removal of the flag.

“The people of Charleston deserve immediate and swift removal of that flag from these grounds. We can save for another day where this flag needs to go,” said Rep. Jenny Horne. (Video via C-SPAN)

The vote follows a successful vote in the state senate Tuesday, which moved 36-3 to remove the flag. (Video via MSNBC)

National momentum against the symbol has grown since June, when authorities accused 21-year-old Dylann Roof of shooting nine black churchgoers in Charleston.  The U.S. House of Representatives voted this week to prohibit the display of confederate flags at federal cemeteries.

“Governor Hayley will sign it. She was the first person in South Carolina, the first major politician to come out and say ‘the flag must come down,’” said the BBC’s Nick Bryant.

The flag in South Carolina, which is expected to come down at 10 a.m. Friday, will be sent to a nearby military museum for preservation.