Saying Goodbye To 'CSI': The Show That Transformed Crime TV 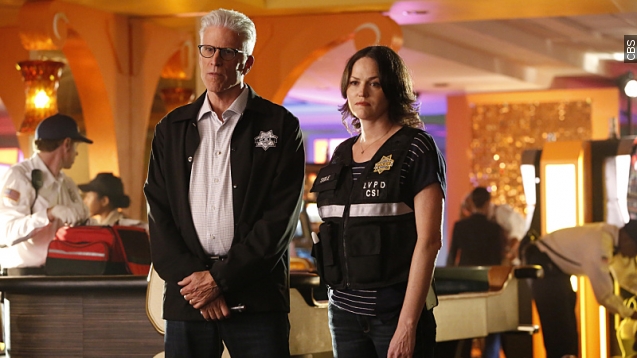 SMS
Saying Goodbye To 'CSI': The Show That Transformed Crime TV
By Briana Koeneman
By Briana Koeneman
September 27, 2015
After 15 years and 337 episodes, "CSI: Crime Scene Investigation" has come to an end. But its impact on the crime drama genre won't be forgotten.
SHOW TRANSCRIPT

After 15 years and 337 episodes, the original "CSI: Crime Scene Investigation" has officially come to an end.

But first, let's go back to the beginning. "CSI" premiered back in 2000 almost as an afterthought.

And no one really believed it would take off, including star Jorja Fox, who recently told CBS News, "I thought it was never going to succeed. But I thought, 'How fun would it be just to take this ride for a little while!'"

That is, until it suddenly picked up steam, becoming the number one show on television by the 2002-2003 season and the most-watched show in the world by the late 2000s. (Video via CBS / "CSI: Crime Scene Investigation")

From there, "CSI" spawned not one, not two, but three successful spinoffs: "CSI: Miami," "CSI: New York" and "CSI: Cyber."

And what's come to be known as the "CSI effect," a phenomenon in which jurors who watch crime shows believe all criminals leave behind some sort of detectable scientific evidence and refuse to convict criminals without it. (Video via NBC / "Law and Order: SVU")

But arguably the biggest legacy "CSI" leaves behind is its original style.

As a writer for CNN points out, "It's now rare to see a crime show that doesn't have sleek lighting, grisly inside-the-body special effects and atmospheric music."

Fans are definitely sad to see the "CSI" mothership sail away. But creator Anthony Zuiker isn't giving up hope for a comeback just yet. (Video via CBS / "CSI: Crime Scene Investigation")

He told Variety, "It's never over 'til it’s over. ... There's always a possibility to reboot, to come back to 'CSI 2.0.' There may be a time when that phone rings again."

Correction: An earlier version of this video incorrectly said that "CSI" was a reboot of "The Fugitive." The video has been updated.