Savings Or Not, Welfare Drug Testing Laws Are Gaining Steam 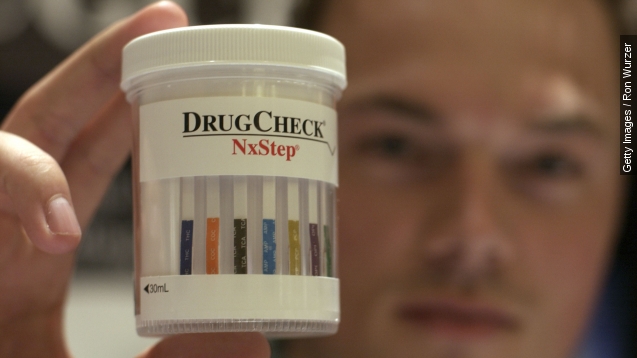 SMS
Savings Or Not, Welfare Drug Testing Laws Are Gaining Steam
By Steven Sparkman
By Steven Sparkman
July 23, 2015
Laws requiring welfare recipients to pass drug tests haven't delivered on promised savings, but the laws are still as popular as ever.
SHOW TRANSCRIPT

Over the past few years, more than a dozen states have enacted some kind of drug testing requirement for those receiving government assistance like food stamps.

And you can expect to hear a lot more about these laws, with Wisconsin governor Scott Walker looking like he plans to fight for drug testing in his state.

"They can't get hired because they can't pass a drug test," Walker told WMTV.

Walker's administration has already sued the federal government for the right to make people on food stamp programs pass a drug screening. But mandatory drug testing laws have long been attacked as a waste of money.

Florida governor Rick Scott was one of the first to push drug testing for all welfare recipients, but became the butt of many jokes when the program failed to deliver any savings. (Video via CNN)

"Humiliation for the 98 percent that pass is small price to pay for a program that has saved Floridians negative $200,000," Comedy Central's Aasif Mandvi said during a "Daily Show" segment.

A similar law in Arizona also came up short. One local paper recently estimated that from 2009 to 2014, the program saved around $3,500. The state claimed it would save $1.7 million every year.

But here's the problem: these laws are popular. No one likes the idea of welfare benefits going to drug users, and all the financial arguments aren't changing many minds.

"I think it's a very good idea. I definitely feel like there should be some testing," one Detroit resident told WXYZ.

Not surprisingly, there's a push for a similar law at the national level. Rep. David Rouzer introduced a drug testing bill earlier this month. (Video via C-SPAN)

"Most employers require workers to pass a drug test as a condition for employment. The government should expect the same of people who receive welfare benefits," Rouzer said.

Arkansas recently passed its own drug testing bill for welfare recipients, and at least 16 other states have proposed something similar.

This video includes images from Getty Images and Gage Skidmore / CC BY SA 2.0.