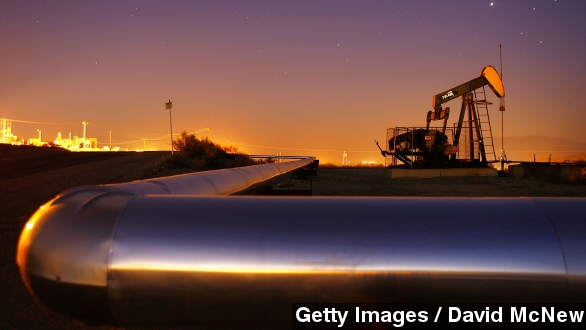 Benchmark WTI crude dropped to less than $77 a barrel while Brent crude sold in the mid-$82’s Tuesday morning, the lowest prices since September and October 2010, respectively.

The latest price drop first began getting headlines Monday as Saudi Arabia announced it would lower prices for the U.S. while increasing prices in other regions like Asia.

The news couldn’t have made OPEC countries very happy as many of them are heavily reliant on oil prices for their budgets.

SARA KENT, THE WALL STREET JOURNAL REPORTER: “What the Saudis have made clear behind the scenes is that they have absolutely no intention of cutting their oil production.”

ANDREW PEAPLE: “Do you see prices falling further from here?”

KENT: “Without OPEC reining in production, it seems likely we’re in a period of oversupply.”

In the meantime, while markets might not be overly thrilled with the big drops, average Americans have likely loved them.