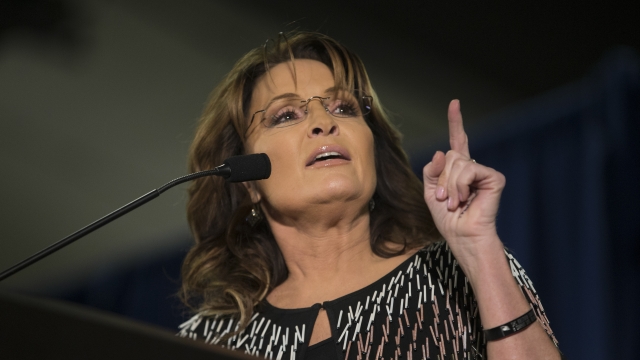 In an angry Facebook post, Sarah Palin is accusing Ted Cruz and his campaign of "dirty tricks."

Specifically she targeted one of Cruz's campaign chairmen, U.S. Rep. Steve King. She accused him of spreading the rumor that Ben Carson was suspending his campaign. (Video via Cruz for President)

King first caught Palin's ire when he seemed to imply that Donald Trump bought her endorsement.

"He got a touch of that Potomac fever there in DC. Maybe he's been out in a cornfield too long huffing ethanol or something because his accusations here are way off base," Palin said.

Palin denied it with that response shortly after.

In her Facebook post, Palin said the allegations against Cruz's campaign are "typical Washington tactics" and thanked Donald Trump for "[opening] so many eyes to the lies, corruption and total lack of accountability that come so naturally to the permanent political class."

Palin's comments come after Trump came in second to Cruz in the Iowa caucuses. (Video via Donald J. Trump For President, Inc.)