Want To Sit During A Debate? Sarah Palin Notes It Helps To Be A Man 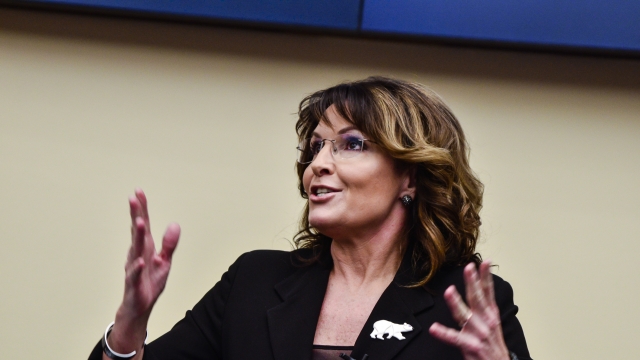 Something is off about how the Commission on Presidential Debates treats female candidates. And Sarah Palin isn't going to stand for it.

During all the VP debates since 2000, the candidates were comfortably seated behind a table — except for one.

Palin took to Facebook to call out the inequality, writing, "Want a real test — try standing in heels for 90 mins."

But Palin isn't the only woman who's had to stay on her feet.

This is Geraldine Ferraro, standing next to then-Vice President George H.W. Bush during their 1984 VP debate.

And you may recall — Hillary Clinton stood during her debate with Donald Trump last week.

It's important to note both campaigns typically sign a memorandum of understanding before each debate, agreeing to all the details both big and small.

To be fair, the VP candidates did stand for some other debates in the '80s and '90s. But so far, the commission is three-for-three in keeping the ladies on their feet.