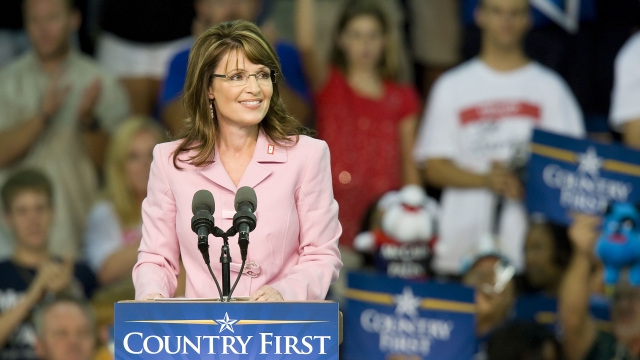 By Matt Picht
June 17, 2016
The former governor of Alaska called the president "a special kind of stupid."
SHOW TRANSCRIPT

President Obama's latest push for gun control is getting some pushback from one of his oldest foes: Sarah Palin. The former vice presidential candidate lashed out at Obama on Facebook Friday, calling him "a special kind of stupid."

"Those who defend the easy accessibility of assault weapons should meet these families and explain why that makes sense," Obama said.

Obama blasted gun control opponents after meeting with the families of the victims in the Orlando mass shooting. In a statement, the president called for increased restrictions on assault weapons, and commended the Senate for a recent move toward banning suspected terrorists from purchasing guns.

The shooting attack on a gay nightclub in Orlando left 49 people dead and 53 injured. The shooter pledged allegiance to ISIS before the shooting, but intelligence experts haven't found any evidence that he planned or coordinated his attack with a terrorist group.

She argued since the shooter was radicalized, the president should be focusing on fighting Islamist terrorism rather than gun laws. Palin added if Obama won't hold all Muslims accountable for terrorists, he shouldn't hold all gun owners responsible for mass murderers.

Palin's former ticket partner, John McCain, also hit the president over his stance on terrorism after the shooting, blaming the president's foreign policy for the rise of the terrorist group that inspired the attack.

This video includes images from Getty Images and clips from C-SPAN and Politico.