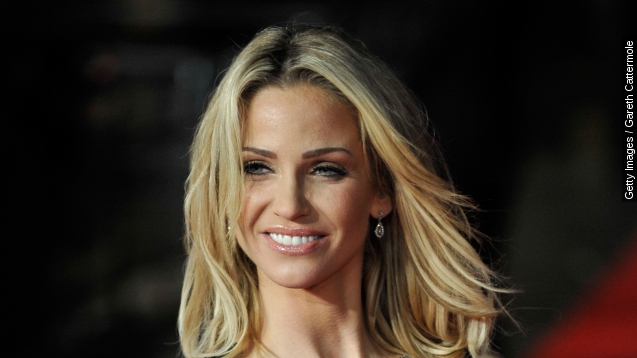 The British singer and actress had a four-episode arc on the soap "Coronation Street," which reportedly was a test run to see if her character was popular enough to be a regular.

She didn't make the cut. In fact, both critics and fans were disappointed with the Girls Aloud singer's performance — so, naturally, they posted their thoughts on social media.

One person tweeted, "Acting is so wooden it makes her singing sound amazing."

While another said: "Sarah Harding's acting is every bit as bad as her singing. Thank god she's only in 4 episodes."

Harding hit back, tweeting, "I'd just like to say a massive THANK YOU to not only my loyal hardcores and fans that continue to support me, but also, an even BIGGER, SINCERE one, to all the glorious haters out there!" (Video via Underdog Management Limited)

Kill them with kindness. Right, Sarah?