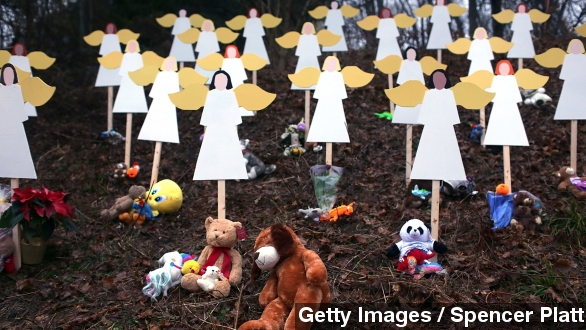 The families of children and teachers who were victims in the Sandy Hook Elementary School shooting in 2012 are now suing the shooter's late mother.

Adam Lanza shot and killed his mother, Nancy Lanza, before he drove to Sandy Hook Elementary and killed 20 children and six school officials. Lanza used his mother's Bushmaster AR-15 rifle in the massacre.

Now, the Hartford Courant reports two lawsuits are seeking undisclosed damages from Lanza's estate. The outlet reports both lawsuits make similar claims: Nancy Lanza was negligent in allowing her son, who had a history of mental illness, to have access to the firearm.

Nancy Lanza's estate is reportedly worth up to $64,000 and includes a $1 million insurance policy on her home. CNN legal analyst Mel Robbins says the families filing the lawsuit have a strong case.

"He is locked in his room, you've got known mental problems, and you've actually got weapons that somebody can access. ... I wouldn't be surprised if you see the NRA step in and file a brief as well because they don't want to see this kind of case prosecuted," Robbins said.

In January, the city of Newtown voted to demolish the Lanzas' home.