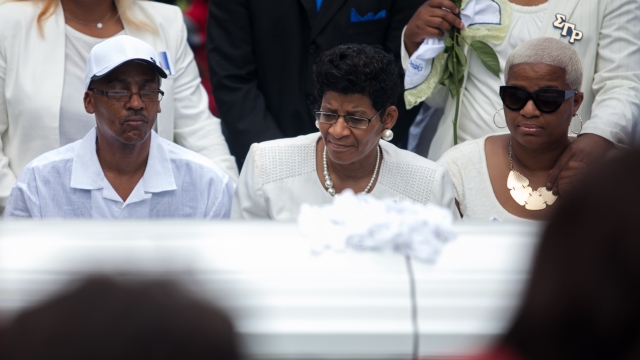 In July 2015, Sandra Bland was found dead in her jail cell after she was arrested for failing to use her turn signal.

And now, a little more than a year later, her family has reached a $1.9 million settlement in a wrongful death lawsuit.

"Right now, my joy is in the fact that there will be real changes from here forward," Bland's mother, Geneva Reed-Veal, told KTRK.

The family's attorney told CNN Thursday the settlement includes compensation for Bland's death and "several changes to jail procedures" in Waller County, Texas, where she died.

Those changes include using automated electronic sensors to ensure timely and accurate cell checks, providing an on-duty nurse and emergency medical technician during each shift and providing education for jailer screening.

As for the monetary aspect of the settlement, the Waller County Jail is on the hook for the majority of it — $1.8 million. The Texas Department of Public Safety will pay $100,000.

Bland was pulled over by Texas state trooper Brian Encinia on July 10, 2015, for an improper lane change. But the stop escalated, and there was a struggle before she was taken into custody.

Investigators say she died a few days later. She was reportedly found hanging in her cell, and her death was ruled a suicide.

Waller County and the Texas Department of Public Safety have yet to comment on the settlement.