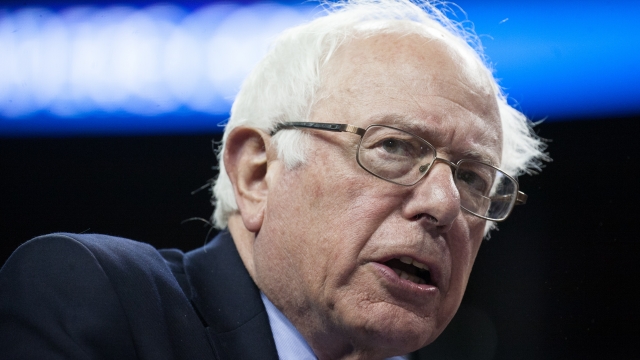 Sen. Bernie Sanders won big in caucuses Saturday, including a huge margin of victory in the delegate-rich Washington state caucus.

"Don't let anybody tell you we can't win the nomination or win the general election. We're going to do both of those things!" Sanders told a campaign crowd Saturday.

Before caucusing took place, Sanders trailed Democratic front-runner Hillary Clinton by about 300 pledged delegates; his big wins could help him close that gap. The Washington state electorate, in particular, was sort of perfect for Bernie Sanders: a lower number of nonwhite voters and a higher share of young progressives.

In the Democratic party, delegates are allocated proportionally, so the night isn't a complete loss for Clinton. But the victories help give the Sanders campaign a morale boost and serious momentum as the primary wears on.