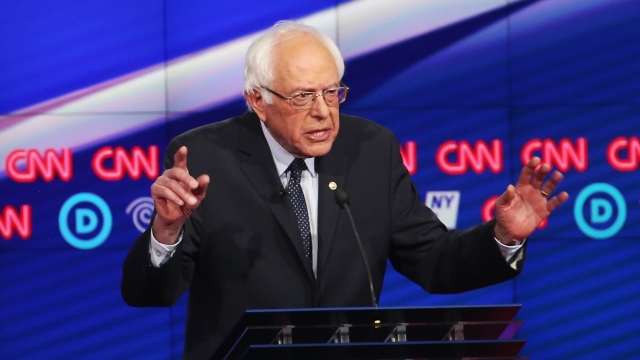 Bernie Sanders has mostly shied away from talking about foreign policy during his presidential run. But in typical Sanders fashion, he's taken a hard stance on one of the most politically risky positions in the U.S.

To be clear, Sanders says he is 100 percent pro-Israel. But it's one of the few times a presidential candidate has also been so publicly critical of the country. Usually, politicians from both sides of the aisle stick to an Israeli perspective when talking about the conflict-stricken neighbors.

But Sanders isn't the first politician to criticize Israel. President Obama has done so in the past, especially when it came to Prime Minister Benjamin Netanyahu's opposition to the Iran deal. But a presidential candidate doing it so publicly is a rare occurrence.

Sanders' position is that supporting Israel and recognizing the Palestinian side of the conflict aren't mutually exclusive views.

And it would seem that most Americans also have conflicting views on the issue. According to a Gallup poll, 62 percent of Americans are actually more sympathetic to Israel, while more still favor than oppose a separate Palestinian state.

This video includes images from Getty and clips from The White House and CNN.