Sanders' Name Might Be Missing From Ballot Because Of DC Democrats 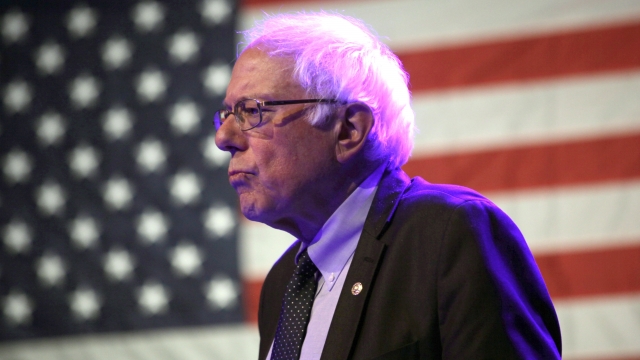 The D.C. Democratic primary ballot could be missing one vital thing: Bernie Sanders' name. According to WRC-TV, the Vermont senator was left off the ballot because D.C. Democrats submitted registration paperwork a day late.

So here's a breakdown of how we got here. Both Sanders and his rival Hillary Clinton submitted everything to make the ballot earlier this month. And according to The Washington Times, the party turned in all the paperwork to the D.C. Board of Elections on the last day at 7 p.m., but the offices close at 4:45 p.m.

Anita Bonds, the D.C. Democratic Party chairwoman, says extended hours for the submission had already been allowed. And yet, reports say Sanders' name is currently missing.

There's no clear reason why Clinton's name made the ballot and Sanders' didn't, even though the party says everything was turned in at the same time. And Bonds couldn't provide any clarification, saying she wasn't sure why WRC-TV would report that. But she does admit there's one citizen challenge to Sen. Sanders' ballot eligibility.

Either way, this report is likely to rile up Sanders supporters who have already criticized the Democratic Party for being biased in favor of Clinton from the beginning of the campaign.

But don't fret, Bonds said "clarifying legislation" could be passed to resolve any disputes.

This video includes images from Getty Images and a clip from MSNBC.