Sanders Agrees To Team Up With Clinton To Defeat Trump 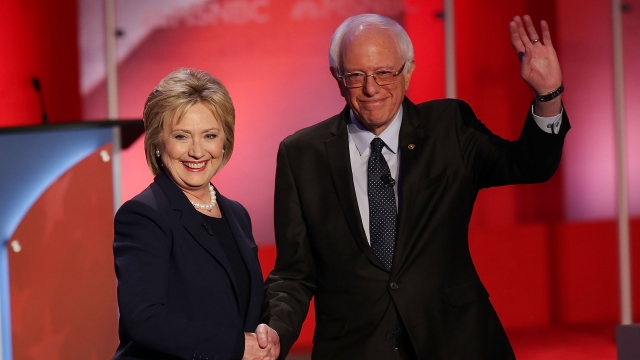 "The major political task that we face in the next five months is to make certain that Donald Trump is defeated and defeated badly. And I personally intend to begin my role in that process in a very short period of time," Sanders said.

Bernie Sanders is agreeing to help his rival Hillary Clinton — but that doesn't mean he's dropping out of the race for president.

The Vermont senator was pretty vague about how he would team up with Clinton's camp in a live-stream address Wednesday, but he did say he met with the former secretary of state.

In that live stream, he also said he was looking ahead to the Democratic National Convention, whose leadership he's repeatedly called out.

In May, Sanders called for the DNC chair to step down and asked two other leaders to do the same.

Some have questioned his decision to stay in the race, but he'll likely keep shaking things up as long as he can.

This video includes clips from Bernie 2016 and MSNBC and images from Getty Images.