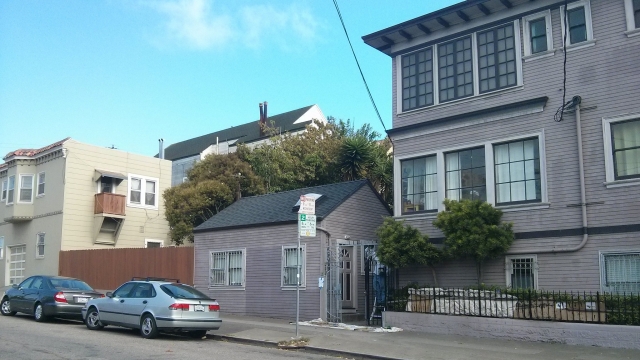 San Francisco may soon have thousands of new housing units on the market. The only problem is they might actually be someone's garage or old storage unit.

A short supply and high demand for housing made the median rent for a one-bedroom apartment over $3,400 at the beginning of this year.

Now, the city is expected to pass legislation that would let landlords convert storage and utility areas into new apartments in existing buildings. If passed, it's estimated it would create about 14,000 more units.

SEE MORE: San Francisco Is Going Solar — One New Building At A Time

While it might not seem ideal to live where someone used to park their car, the alternative may be more bleak. Before this expected legislation, Vanguard Properties estimated the city was on track to create just over 3,600 new housing units each year.

Even though 14,000 added units could help, there's the secondary issue: How many of those units will be "affordable"?

These new repurposed units are expected to be cheaper and rent-controlled, if the legislation passes. But rent-controlled just means there are limits on how much the price can go up between years –– not that the units will necessarily be "affordable" to begin with.