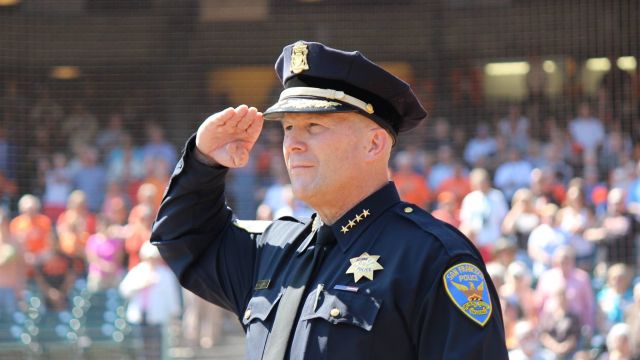 SMS
San Francisco Police Chief Resigns After Another Fatal Police Shooting
By Katie Link
By Katie Link
May 19, 2016
According to the mayor, Greg Suhr had worked for the city's Police Department for more than 30 years.
SHOW TRANSCRIPT

Chief Greg Suhr has received a lot of criticism lately. Members of his force have been involved in racist texting scandals. That, combined with a string of fatal officer-involved shootings, has had the top cop in hot water for months.

Protesters and several city leaders have called for him to be fired over the past few weeks.

But until Thursday, Suhr seemed determined to hold on to his job: "I don't have any plans to resign. I plan to move the department forward," Suhr said.

"The progress that we've made has been meaningful, but it hasn't been fast enough, not for me and not for Greg. And that is why I have asked Chief Suhr for his resignation," Mayor Ed Lee said.

According to the mayor, Suhr had worked for the city's Police Department for more than 30 years.

This video includes clips from KRON.