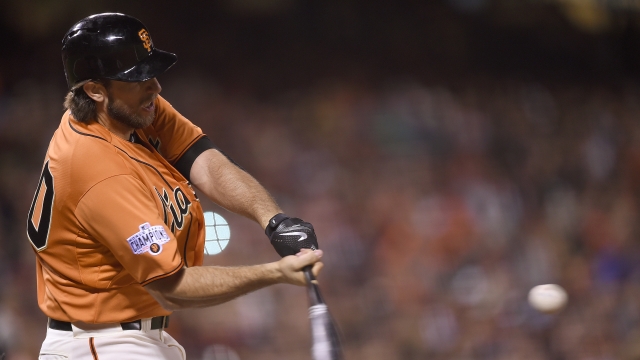 MLB pitchers usually aren't very good at hitting. They're paid mainly for their throwing arms and the 100 mph fastballs they produce.

Since 1973, the American League has had a designated hitter bat for pitchers, while the National League still makes pitchers hit.

But it appears San Francisco Giants ace Madison Bumgarner wants to crush all those stigmas that say pitchers are bad hitters.

On Thursday, Bumgarner will be the first starting pitcher to bat for himself in an AL park in roughly 40 years.

At first glance, you might not think Bumgarner is a very good hitter. The two-time Silver Slugger winner is hitting .175 this season — well below what most would consider adequate.

And if you know a bit about the Giants pitcher, it's easy to figure out where that hand-eye coordination comes from.

"I want to have tough hands. I don't want to worry about getting splinters or blisters," Bumgarner said in a Carhartt ad.

So it's no surprise the pitcher lobbied himself into the lineup. He's also trying to become the first pitcher to hit in the Home Run Derby. We're still waiting to hear back on that one.

This video includes clips from GoPro, KNBR, ESPN and images from Getty Images.