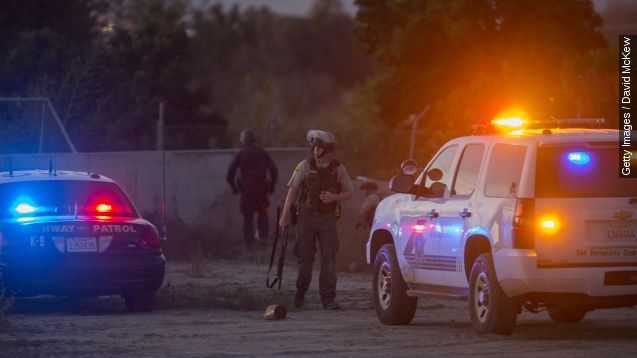 The FBI is officially investigating the San Bernardino mass shooting as a terrorist act.

"The investigation so far has developed indications of radicalization by the killers, and of potential inspiration by foreign terror organizations," FBI director James Comey told reporters.

This follows multiple reports that one of the suspected shooters, Tashfeen Malik, posted a pledge of allegiance to ISIS to Facebook just before the attack.

So far, U.S. officials have been careful not to call Wednesday’s shooting massacre "terrorism." "We don’t yet know what the motives of the shooters are," President Obama said.

If the most recent reports are true — and one or both of the shooters did pledge allegiance to ISIS — that doesn’t make this an ISIS-orchestrated attack.

More likely, as one of the law enforcement sources for The New York Times said, the shooters were "self-radicalized and inspired" by the group.