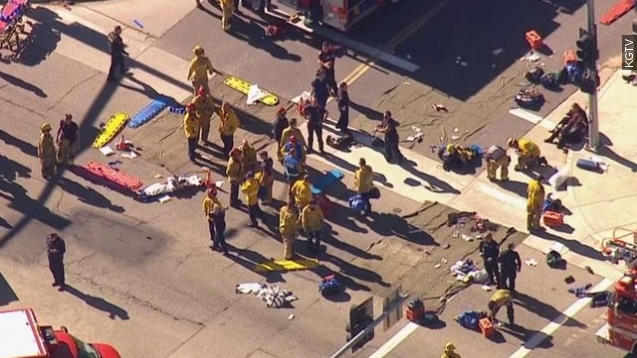 Law enforcement officials in San Bernardino, California have confirmed that at least 14 people are dead and 14 injured in a mass shooting. The suspects have fled the scene.

"Up to three people had entered the building and had opened fire on people inside of the building," police chief Jarrod Burguan told reporters.

Up to three shooters were reported inside the Inland Regional Center, an organization that serves individuals with developmental disabilities in the area.

Officers say the shooters may have left the scene in a dark-colored SUV. The suspects are believed to be heavily armed and could be wearing body armor.

So far, there is no apparent motive for the shooting. The FBI is on the scene and investigating, but hasn't yet determined if this is a terrorist incident.