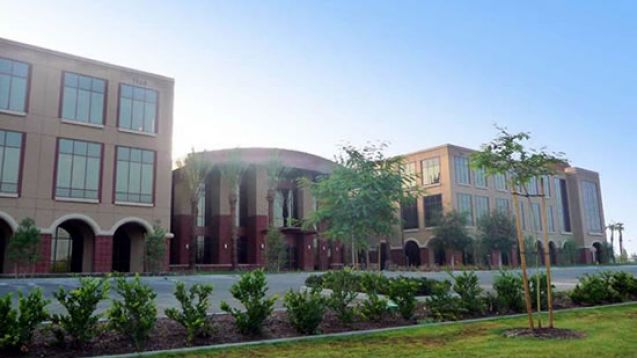 A shooting at the Inland Regional Center in San Bernardino, California Wednesday has left 14 people dead and 17 wounded.

The Inland Regional Center serves people of all ages with developmental disabilities. According to the non-profit's website, more than 30,000 residents from San Bernardino and Riverside counties are cared for at the center on a daily basis.

"You will see clients coming in and out. There's a lot of support systems that happen there, support groups. Small children who are at the ages of two and three years old go there to get diagnosed with a disability," Judy Mark, who is on the board of disability rights for Northern California told NBC.

That three-story building also houses a library and a conference center.

According to KCAL, the San Bernardino County Department of Public Health was holding a banquet in the conference center when the gunfire rang out. (Video via KCAL)

An employee inside the building at the time of the shooting texted her father this:

"Shooting at my work, people shot. In the office waiting for cops...pray for us," father Terry Pettit told KABC.

So far there's no word on a possible motive as to why this building was targeted.