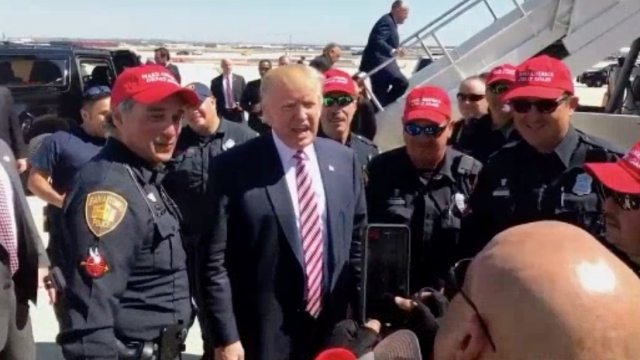 This is Donald Trump posing with members of the San Antonio Police Department just before boarding his plane after a fundraiser.

And this is the reaction from San Antonio's mayor. As you can tell, she's not happy.

Turns out, it's against department policy to make political displays while on duty. That includes wearing Trump's signature "Make America Great Again" hats.

Trump has touted himself as the "law and order candidate," and it's made him popular among police. The country's largest police union endorsed Trump in September.

The president of San Antonio's police union said the officers in the video will be disciplined for the display but expects the punishment to be just a slap on the wrist.